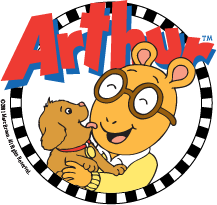 the little aardvark with


Arthur is in the business of trying to make children successful. We
are always on the lookout for issues that are important to children and
families and presenting them through

, in ways that are helpful, instructive and entertaining.

Arthur is also something of an overachiever. He's sold over 65 million books in the United States alone. His

are enjoyed by children in more than 80 countries around the world. The books and television series have won numerous awards including the New York Times Bestseller list, several Emmys and The George Foster Peabody Award for Excellence in Broadcasting (way to go, Arthur!).
WELCOME to the world of Arthur